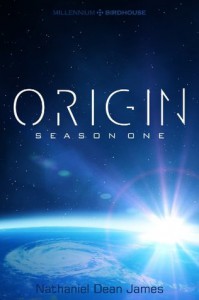 The author sent me a complimentary eBook copy in return for an honest review. I'll try and keep this spoiler free, but I might accidentally include some.

My first thought about the book is that the writing style is a bit reminiscent of The Hades Factor (Covert-One, #1) by Robert Ludlum & Gayle Lynds, a book that I really enjoyed. It's an interesting style and the author has included a lot of information, much of it explained to the standard where I, as a reader, can understand it if it's discussing something that's a little bit complicated. I think in a way, it also helps that the author doesn't go too overboard with some things. If the matter is something technical, the author has either simplified it or has the characters wave it off so that it doesn't get too dificult. All we really need to know in some portions is that the job gets done.

The characters are particularly intriguing as well, in my opinion. There are the occasional characters that I don't agree with. Though, I like most of them and the author has basically got examples of all walks of life. It was interesting to read about an adventure which a lot of different people have an involvement with, though not by choice in some cases. On that same point, it was also intriguing to read about various peoples' reasons for them to become involved in such an international conspiracy (to put describe it bluntly).

I did like many of the action and drama sequences. My favourite portion was the sort of adventure portion of the book. It felt kind of incredible to be picked up and to go on this adventure with many of these characters, an experience that felt kind of new to some of them as well.

Overall, I thought it was particularly interesting. In many cases, I think people rush science fiction too much. In the case of this book, I think it was a little bit slow and we don't get very much of the science fiction until later on in the book. It's more of a thriller/ spy-type novel with a lot of action scenes. That's not to say that I'm disappointed by that. I actually enjoyed it, but felt that the science fiction aspect wasn't followed through with as well as it could have been. There were some portions of the story and some plot lines which weren't completely resolved. Though, I can't really mention those portions without including spoilers. Though it took me a while to complete it (due to a busy schedule), the book was fairly easy to read and had some themes which might appeal to all sorts of different people.