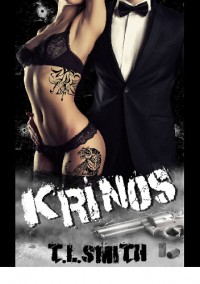 I'm just going to be brutally honest about this. I know that it might sound like I'm being harsh, but one ought to remind themselves that this is just my opinion and I do not mean for you to find my thoughts offensive. I "bought" this book on Amazon a few months back. Being that it was free, I figured that I might give it a chance. It also kind of sounded interesting. It's basically about a young girl who is about to take over her father's drug empire.

It is the kind of book that sticks in your head. I do not mean that in a good way. I was terribly disappointed with the book. I felt that the author had the sort of freedom that Eliza, the main character had. I mean this to say that the book had very little structure and the author wrote pretty much exactly what they wanted to write. There is very little reason for much of the characters' actions and the characters themselves are poorly developed. The only character that I did kind of like was Rock, but I have to admit that he was pretty terrible at his job.

At some points, it also kind of seems like the author has not even read any of their own work. At one point, the main character states, "only my mother calls me Eliza", when one or two other (non mother) people had already done so during the earlier writing. At another point, the main character makes note that she had never killed anyone in cold blood and expresses some various worried (for lack of a better word) feelings about it. Yet, before this incident (as we find through reflection) and even later on in the story, she takes huge pleasure in torturing other people.

The love / hate relationship between the main characters, Eliza and Stephanos just seems ridiculous. She abuses him, he abuses her and as an audience, it seems as if we're all just meant to accept this relationship despite it being built on a complete hatred of each other. I don't feel as if they genuinely love each other and it seems that they just have no reason to be together except for the author wanting them to be together.

All in all, Krinos seems like a terrible person and non of her actions are justifiable, even in self defense or revenge. Stephanos is a terrible match for her; he's ridiculously controlling and has no self control. This is a story that I actually wanted to read when I read the plot, as I mentioned above. However, it was poorly done. This story was a huge disappointment. One star.
Tweet