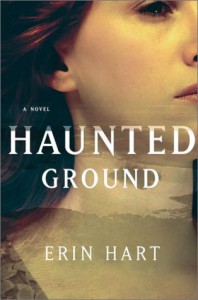 While it wasn't a particularly exciting book, I found this to be highly intelligent and somewhat original. The book somewhat reminded me of both Strange Objects by Gary Crew and Snow Falling on Cedars by David Guterson which also display a high level of research and a good structure between historical aspects and present day. Another example is the (chick lit) Running Scared by Elizabeth Lowell.

I was excited to read the book and because no-one had recommended it to me, I didn't really have any expectations toward it. I admit it's a little sexist, but generally with books I worry that books written by men are too masculine for me or books written by woman will be too feminine for my tastes. However, I was pleasantly amused to find that this book was written with both genders in mind. While the series is called "Nora Gavin" (this being the first of the series), I found the overall novel to focus a lot on Cormac Maguire and Garrett Devaney as well as Nora Gavin.

The severed head mystery was suitable and provided a good explanation. However, I thought the ending to it was a little too... much like the author was trying to make it seem happy, when realistically they found a severed head in a bog. I also thought that Ms. Hart tried to link each of the mysteries to Nora's sister a little too often. Especially since I didn't care for that particular storyline very much in the first place. It was an awful tragedy, but I really didn't think it should have affected the tragedy of others.

In a lot of other books and media, that kind of character is somewhat desirable, especially in mysteries. Usually it's where someone close to the police officers/ detectives/ investigators dies or is attacked. Then the main character is so unending in their quest to solve every crime that passes their desk. I found this to be somewhat like Nora. Her sister's death was awful, but I just didn't want to read about it and I don't think it should have been the only reason she was investigating (any of) the crimes. In a lot of cases, this biases the investigators and I find it really lowers my opinion of them. Actually, I rather disliked the way she was consistantly suspecting Hugh Osborne.

Hugh Osborne was a good character as well and I enjoyed his storyline. It was a little too easy to make him out as guilty (as per usual in crime novels) and as the husband of a missing woman and their child. I enjoyed his interest in maps, names, his history in general. He ultimately provided a good amount of conversation and I enjoyed his contributions to the history of the town.

As for the eventual conclusion of the Mina and Christopher Osborne, I thought he turn out was alright. I also think the Brendan McGann was a little too easy to make an awful person when it was clear from the beginning that all he cared about was his own family. The McGanns were a lovely family and all of them seemed reasonable characters.

Not particularly looking forward to reading more of the series, I admit; Nora Gavin was a reasonable character, but I didn't particularly care for her much. My favourite was the detective, Garret Devaney and I would prefer to read more of him. It wasn't perfect and had several flaws/ problems, but I think it is well worth a read for fans of mysteries and historical based fictions. As I mentioned at the start, I wasn't completely enthralled. The crimes were reasonable and I had good expectations of them. Though, in the end, the conclusion of each of the crimes were a little cliche. It was clear that both Brendan and Hugh were just red herrings. Nora's motives for solving each of the crimes were somewhat selfish. Finding out who actually commited the crimes, it wasn't surprising.

However, the historical aspect of the book was immensely interesting. There was a lot of good research toward the history and trying to make fake history work into present day. It was well worth reading, for the amount of attention to the past of the severed head.

Fans of this book might also like the three I've mentioned above:
Strange Objects by Gary Crew, Snow Falling on Cedars by David Guterson, and (Chick lit) Running Scared by Elizabeth Lowell
Tweet