Shadow Heart: A Contemporary Romance Novel about Pushing the Boundaries of the Heart and Risking Everything for Love (Broken Bottles Series) (Volume 1) 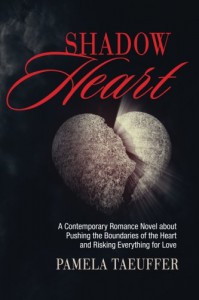 I received this book as part of a First Reads giveaway. I began reading it this morning and finished it this afternoon. It took me about 3 and a half non consecutive hours to read. As I understand it, parts of the book are being redone and the author was kind enough... Well, to send me the book in the first place. However, my point is that she also included a copy of the new ending.

My initial thoughts of the book were quite depressing. It was pretty sad to read through the kind of abuse those poor girls went through. After the first third of the book, I stopped to think about it a little while I went about some other parts of my day. My initial thoughts were whether Nicky and her sister would regain any sort of sisterly bond. My other thoughts were as to whether either the mother and father would gain some sort of redemption later on.

Right from the beginning, it was written almost as if it was part of this little girl growing up to adulthood. There was always a certain level of quick thinking and mental changes. I probably haven't described this well, but what I mean is that Nicky's mind would jump around here and there as she went about her business, which made it all the more realistic to me. In my own life, sometimes I'll be thinking about one thing and then it will remind me of something else, which will remind me of something else again. In this book, I was certainly reminded of that type of thinking and mental changeability, which I've not seen in many other novels.

I liked the overall plot line of her father possibly losing his job and I kind of wished there was more to that in this novel as that is a huge part in her life. I think the modelling thing was a bit brushed over as well and it seemed like it was introduced, but never really resolved, as if it was some sort of filler portion. I'm assuming both of those points are going to be continued in the next novel.

I have to admit that I was a bit creeped out by Ryan overall. I liked him from the start, but he got very creepy and domineering. Though Nicky was somewhat of a strong character, I kind of felt sorry that Ryan was constantly trying to overpower her. As for Jerry, it kind of seemed like a weird third wheel in a relationship, which I guess was the point. From what I remember, until he was introduced at the prom portion, he wasn't even mentioned beforehand. It just seemed like that, though they'd been some sort of really close childhood friends, she just didn't care about him at all; having never thought of him (to us) before his introduction. It seemed even more odd because he was supposedly a rather big fan of baseball, even intending it as a future career and it would have been perfect to introduce him at some of the initial games of the novel as a small character, to be developed later on in the novel. Mind you, his entire relationship with Nicky seemed a bit off, in my opinion, as well. It just seemed like all along, he wanted to be more than friends and there wasn't much of a friendship after all. Out of the pair of them, I preferred Jerry, but would have liked if he wasn't so creepy/ forceful.

Overall, I'm not really done with this review, I don't think... I'll probably add more to it if I think of more. At the moment, I think four stars are well earned and I think I will try to read the next novel, when it is released.
Tweet